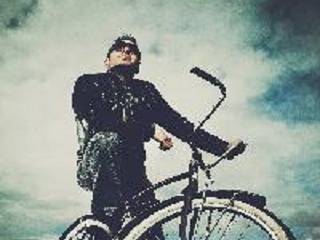 Doors open at 8:30PM
Share this event with friends!
with PROJECT ASPECT, SEIED, & CHECK ONE:
From coast to coast and beyond, the electronic music spectrum has shifted radically to the low end, generating ribcage-rattling blasts from the underground on up. Tucked away in the heart of the Rocky Mountains, the Boulder-Denver-Ft.Collins triangle is the epicenter of this low-frequency onslaught, producing some of the biggest names in the game. At the top of the heap is Aaron Holstein, a.k.a. VibeSquaD, a musical juggernaut and fearless vanguard in a flourishing scene. Circling the globe with his wholly original brand of bass exploration, VibeSquaD is reaching wider and wider audiences with his studio tracks and out-of-control live shows. The VibeSquaD sound is a sonic culmination of decades of experimentation, innovation, and a propensity for what’s next. Raised just outside of Chicago, Aaron Holstein was exposed to early house, techno, electro, and hip-hop, becoming a crate-digger at a young age. Breaking was an obsession for the youngster, who came up on Sugar Hill Gang, Al-Naafish, and Art of Noise. Late-night parties at the YMCA later brought the underground dance music of the Second City into Holstein’s life—cementing his love for sweaty basements, jam-packed with heads ready to cut loose. When Holstein discovered psychedelic music, and the scope of jam, jazz—and most importantly, funk—the guitar never left his hands, practicing upwards of 8 hours of a day. For all things funky, Holstein turned to the mighty Ohio River, for Parliament/Funkadelic bassist and Cincinnati’s favorite son Bootsy Collins, as well as the Ohio Players. Frank Zappa became a fixation for the young guitarist. “One Size Fits All was a life changer,” Holstein admits. To smooth out the rough edges of his funk and prog idols, he turned to six-string legends George Benson, Grant Green, and the man, himself: West Montgomery. Incursions into the world of progressive, instrumental music put him under the tutelage of some of the finest musicians and professors on the East Coast, including the inimitable Yusef Lateef. Those strong technical and compositional fundamentals form the basis of his intricate productions—belying the “simplicity” of his dance floor bangers. Relentless touring with groundbreaking acts put Aaron smack dab in the middle of the world inhabited by progressive percussionists Michael Travis and Jamie Janover. The resulting collaboration, Zilla, would change the industry forever, fusing the jam and electronic scenes with the trio’s brand of live trance and breaks. Perpetually on the prowl for that new sound, Holstein was far ahead of the curve, adding his signature sound to the bass-heavy style that was filtering over from the U.K. The 2006 inception of VibeSquaD at Symbiosis put Holstein at the forefront of the burgeoning bass craze. From his discombobulating beats and minimalist, gurgling bass on “Domepiece” from 2007’s Return of the Pudding People, to the flexed out kicks and bombastic wobbles—replete with his own signature pitched up hip-hop vocals—of “Flipping Acrobats” on 2010’s The FIRE, VibeSquaD has maintained his position, poised on the cusp of the next big sound while staying true to his unique voice. Over time, Holstein has carved out a distinctive niche, which blends his love for all things bass music, with the funk obsession of his youth. This bouncy, glitched-up, and wobbled-out style is most apparent on his latest EP, Remix Mashers Vol. 1, which opens with a rehashing of Sly & the Family Stone’s “Family Affair.” With four full-lengths, three EPs, and a slew of remixes out on forward-thinking labels Muti Music, Interchill, and Proboscis, Holstein is as prolific as he is a pioneer. That being said, studio tracks can’t begin to prepare fans for VibeSquaD’s outrageous live performances. Bobbing up and down uncontrollably, arms raised with a permagrin plastered across his face, Holstein hits the stage full throttle, and doesn’t let up until every last spot on the floor is packed with bodies exhausted from a marathon dance session. 2011 has been a breakout year for Aaron, with marquee performances at Sonic Bloom, Electric Forest, and Wakarusa, where he played a sunrise set for a massive crowd. “It was one of the coolest moments I’ve ever had playing live,” Holstein said, “to see everyone dancing as the sun came up—it’s rare to see people in that context.” VibeSquaD has supported huge acts like Pretty Lights, Bassnectar, EOTO, and Tipper, but with his recent addition to super-agent Hunter Williams’ Progressive Global Agency, the time has come for Aaron to step up and step out. Having reached the next level, expect to see the VibeSquaD circus packing even bigger clubs, theaters, and festivals across the country, and around the world. The VibeSquaD has arrived.
You must be signed in to add this to your order. Sign in here or create a new account.