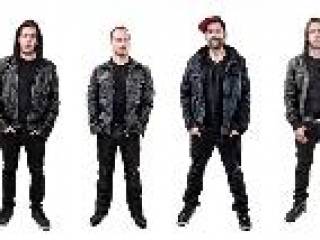 Doors open at 8:00PM
Share this event with friends!
with DYNOHUNTER & ASTRO TRIO:
As an outlet to further explore electronic music production, Conspirator was formed in 2004 by Aron Magner and Marc Brownstein (keyboardist and bassist for The Disco Biscuits), and DJ Omen. After performing with some of the festival scene’s most notable live artists, the band solidified into a 4-piece touring lineup with the additions of Chris Michetti (RAQ), and Torch in 2012. Conspirator had a phenomenal rise with the release of Unlocked – Live from the Georgia Theatre (April 2012, SCI Fidelity Records) and action-packed tours in 2011 and 2012 with groundbreaking performances at venues across the U.S. and festivals such as Ultra Music Festival, Nocturnal Festival, Electric Forest Festival, Starscape Festival, Gathering of the Vibes, and CounterPoint Music Festival. With their utmost experience and mastery of the craft, Conspirator pushes into 2013 with more raw power and drive than ever, starting with the release of their new EP Unleashed on January 29 followed by a 28 city U.S. tour. Unleashed is a crystal clear demonstration of Conspirator’s heavy, electronically produced core coupled with a skillful and melodic homage to live instrumentation. Electronic rock sensibilities are gracefully smashed into jaw dropping, dance-floor shaking dubstep rhythms to create an effortless fusion of all things deep. This high-impact collision creates an all encompassing, energetic spectacle which will no doubt be used to shock their devoted crowds from coast to coast.
You must be signed in to add this to your order. Sign in here or create a new account.